The Company of Owners. An idea of what the future company will look like. Nobody will be on the payroll, everybody will be an owner of the company exposed to the same risks and benefits of running your own business. People no longer just work for their pay checks, they work because they want to create something, to fulfil a certain purpose or because they like to be in a creative environment. Why not crowdsource your ideas, not by asking for money, but by asking for knowledge and skills? This may seem some distant future scenario, but the idea isn’t that far-fetched and there a plenty of signs that put you in this direction. We have selected three inspiring (and sometimes funny) TED videos tapping into your hidden need to work in a company of owners.

Maybe it is not that bad, but most likely there is a (large for some) part of your job that you do not like? Why do you do it. “It is part of the job”, people often say. However, I come across many people who drag themselves to work. It reminds of the opening scene of the movie ‘Office Space’. Why do you do what you do? What drives you, what motivates you, why are you here? If I ask people this question, most of the time silence is the answer. We have forced ourselves to move away from that question. As long as we get our pay check at the end of the month, it was all worth it. Is it, really?

As Barry Schwartz states in the movie:

How is it that we allow the majority of people on the planet to do work that is monotonous, meaningless and soul-deadening?

I have seen many highly educated people working at a large organisation following a step by step sequence of actions. Day in, day out. A terrible waste but the organisations thrive by it. So what if you are able to do the part of your job you actually like all day long and still make money? Many people have this dream to ‘one day, start their own business’. Here is the good news, the circumstances to do this have never been better. You can start your own company today! It doesn’t cost you any money, all you need is an idea and maybe people with a similar drive who are willing to contribute to your idea.

You are worth it

This next video from Casey Brown start uplifting:

“No one will ever pay you what you’re worth.”

And it is true! That is the entire scheme of organisations. We don’t share equally what we earned. Those who make you do the work that creates the value, earn the most. That is a strange mechanism! We pay people based on their attendance at work, the experience and education they have and the supply and demand of people. There are many other factors but none have a direct link to the actual performance of the company. Yes, we have a bonus system, so if the company makes a lot more money, you get a bit extra. And we have performance reviews, annually. We look back and based on the compensation model the company has you make a small step, big step or no step. Recently, I heard someone describe their performance review at a bank.

This person had a great year, contributed tremendously, gained more knowledge and experience like no one had ever seen before within that organisation. What happened? Worker gets a grade on a 1-5 scale where 1 is very bad (if you have three strikes you’re out), and 5 meaning you were amazing! So you’d expect this person to get a 5, but what did the manager say: We don’t give 5’s in this company otherwise your salary will no longer reflects the work you are doing and you no longer fit in the model.

This blew my mind, so we stick to a system of compensation based on everything except the company performance. Does this scenario sound familiar? Do you think it is only fair to be compensated just a good as anyone else in the company who contributed to it’s results? Then consider contributing to a company of owners.

You are wasting your time at work

It can be that you like you job a lot, however, most likely you are often disturbed or unable to do it since your time is wasted on company stuff, like filling in timesheet in three different systems, responding to mass CC emails and meetings! Meetings, meetings and more meetings.

No more meetings, ever? No of course not, but you can control it! There are many ways to facilitate collaboration like simple practices as described in this video or adopting frameworks like sociocracy 3.0 or…well you figure it out. Let’s focus on the work and organize us around it to maximize your contribution.

So if you don’t like how you talent is used, feel under valued or are unable to do the thing you like doing. Please look into the concept of the company of owners and let us know you thoughts below. 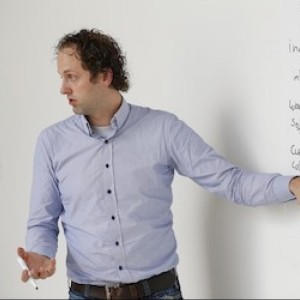